Now Is The Time At TDPC

when the corgis try their paws at this juxtaposing thing:

the Liberal Party ... should invoke a “culture war” to battle the Conservatives. He described this as a battle between “cosmopolitanism versus parochialism, secularism versus moralism, Obama versus Palin, tolerance versus racism and homophobia, democracy versus autocracy. If the cranky old men in Alberta don’t like it, too bad. Go south and vote for Palin.” 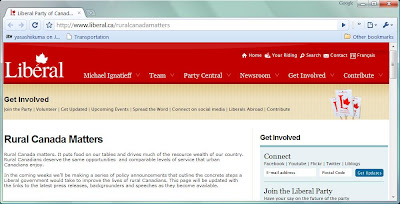