The Completely Not New Kinsella Duality

WK has a post up equating what he calls "anti-Muslim" writing - in other words, any objective discussion of concerns about radical Islam - with the topless photos of Kate Middleton recently published in France.

This is ironic, coming from a man who flew into an apoplectic rage because someone called his girlfriend a "squeeze." Somehow I doubt he would be so free-speechy if someone published nude photos of La La, despite his implication that this would be fair game.
Posted by Clive at 10:41 AM

After 17 Years, I Finally Figured Out Canadian Policing


"Arming the force would, say opponents, undermine the principle of policing by consent - the notion that the force owes its primary duty to the public, rather than to the state, as in other countries."

That completely different philosophical understanding explains everything. It's why we see so many cases of police beating people up, why police in Canada are so often rude, ignorant and thuggish. I couldn't understand it when I got here, but this is it.
Posted by Clive at 10:14 AM

This poster turned the tide on socialism in Britain in 1979:

So its interesting to see Republicans handing out these at the heart of American socialism, the DNC. 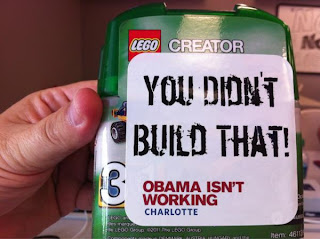